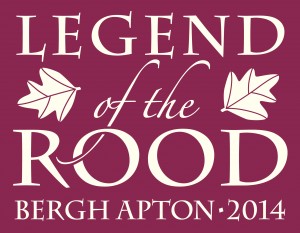 On Saturday, 24th May, Sunday, 1st June and Sunday, 8th June 2014, 2014 in Bergh Apton, there will be performances of a Cycle of four Mystery Plays, commissioned again from the internationally renowned storyteller, Hugh Lupton. The foundation for his contemporary, light-hearted take on Bible stories will be the mediaeval Legend of the Rood, respun with stories, current issues, local lore, and local characters.

The Cycle will be performed in several different, leafy locations near the church, with the audience and cast, led by musicians, being taken on a delightful meander of exploration through woods and country, whatever the weather. The actors and musicians will be drawn from the villages that make up the Bramerton Group, Alpington, Ashby St Mary, Bergh Apton, Bramerton, Carleton St Peter, Claxton, Framingham Pigot, Hellington, Kirby Bedon, Rockland St Mary, Surlingham, Thurton, Yelverton. And Hugh Lupton, donning his story-telling mantle, will perform in the role of Narrator.
The Cycle is being directed by well-known community Director, David Farmer. And it is expected that each performance will have a special guest appearance, playing God.

A series of workshops with local artists providing guidance have been held to create mediaeval beasts for one of the Plays and converting recycled plastic bottles into glorious flowers for another.

Should there be a small (if any) surplus from sales of tickets, this will be donated to the three primary schools participating in the performances, to assist with the development of the creative and artistic interests of the pupils.